I love that bad man.

Could he be any sexier? I mean… Forget what he looks like. Doesn’t matter. (When was the last time he washed or combed that hair?) Don’t care. He could be human Wesson Oil for all I care. A gelatinous blob in search of an artery to clog. No matter… But what he said! AH!

“I’m just going to tell you right now, I want to end it on a media bashing note because that will uplift me like a Dionne Warwick final rendition. We’re watching you to play the race card MSNBC….

This is going to be the dog whistle election cycle… Ed and Maddow can sit there and call everyone who’s Caucasian racist. ‘I heard it. He used ‘is’ instead of ‘are.’ He’s a racist. That’s a dog whistle.’

What was that about moral indignation at the appalling lack of protocol from Brewer to Obama, big guy? Whah? Read NewsBusters delicious bitch-slap here. 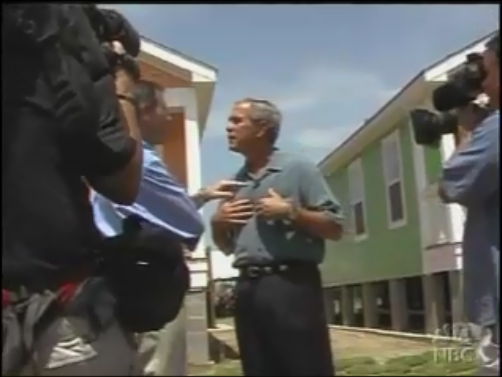 “WHY ARE OBAMA’S CRITICS SO DUMB?” 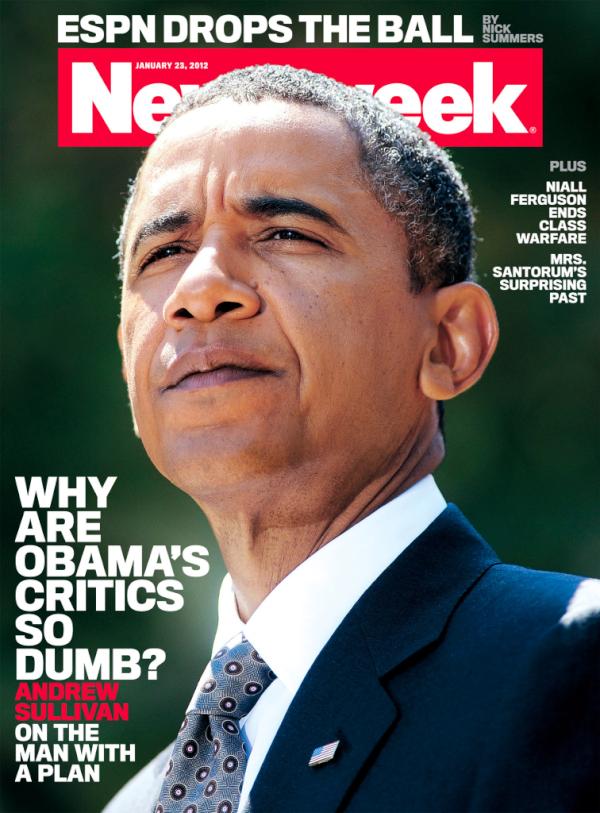 I’m thinking it wasn’t a pack of racist Republicans who did it.

I’m thinkin’ it was more likely a pack of racist Democrats, p*ssed off that he left the Democrat Plantation & f*cked up their narrative… which is why NOBODY has reported it.

If Sarah Palin cracks a loud FART, MSNBC is wall-to-wall with how she aimed it downwind to a black neighborhood.

And by “consistent” I mean that Democrats have been the party of racism from the first, just as they are the party of identity politics now. Oh, they cloak it in benevolent paternalism, but what it really is is a disgusting, sneering sense of superiority through which they maintain power at the expense of human freedom.

What’s that?  You’re suffering from a Progressive education?  You didn’t know that it has been the Republican party, from the first, and to the last, that has been the champion of liberty & self-empowerment for black, white – ALL people, and it’s Democrats who birthed the KKK and fomented the overwhelming majority of racist hatred towards blacks in America?

You forgot that Lincoln was a Republican?  Hmmm?  You forgot it was Republicans who broke the filibuster for the Civil Rights Act?

Democrats…When are you going to wake up that your party, which once had men like JFK to recommend it, has hopelessly devolved, has spawned a host of parasitic cockroaches infesting the media & halls of power, who are dangerously messianic in their belief that they know better than you how you should live your life and are thisclose to completing a century’s work of propagandizing the Republic right out of existence?

I originally wrote this as a comment to a NewsBusters article under their headline:

On PBS, David Brooks Predicts Herman Cain Is ‘Behaving Badly’ and ‘Will Collapse ‘Within a Week Or Two’

NOW TRY BEING HERMAN CAIN YOU PIECE OF SH*T.

How are you going to DEFEND yourself, David?  How do you DEFEND yourself if all your little press buddies spend ALL of next week printing 100+ stories with ANONYMOUS ALLEGATIONS that YOU, DAVID BROOKS, diddles little boys?  It’s IMPOSSIBLE, isn’t it?  It’s punching at air.

2. The BULLSH*T story Bialek told about the “incident” in the car – HIGHLY SUSPECT.

ON #1:  ”You’re as tall as my wife” sued her SUBSEQUENT employer for sexual harassment when a male co-worker sent around an email that “men are like computers because you have to turn them on, and women are like computers because they remember everything” – THAT was the CENTRAL FEATURE, not ancillary, but THE CENTRAL FEATURE of her second, subsequent complaint. THAT’S WHY the going-to-the-ladies-room-in-a-group presser floated around was KILLED.

ON #2:  And Bialek?  (Stipulated – ALL “lie” technology is squishy, okay?) The latest, and BEST in lie detector technology ran a voice analysis on both Herman & Bialek – and said, HERMAN’S TELLING THE TRUTH AND, like *I* have said, Bialek’s story is credible – EXCEPT FOR THE ALLEGATION OF ASSAULT.  This Atlanta lie detector guy said THAT’S WHERE HER STORY FALLS APART – HUGE.  As I’ve written previously, he passed up THREE opportunites to go use this ‘palatial’ suite he upgraded her to, ostensibly to USE IT, and he chooses to MEET in the hotel bar – pass – LEAVE the hotel to go out to dinner – PASS – then PICKS A CAR, IN PUBLIC, OUTSIDE HIS EMPLOYER TO *ASSAULT* HER?  When EVERYONE agrees Herman very likely could have … ASKED for nookie?  Hello?

ON #3 & #4:  Well, it circles back to #1 & #2.  Add in Ann Coulter’s (in Human Events) BLISTERING ripping off of the scab of the “coinky-dinks” vis-a-vis the source of ALL of this being AXE & CHICAGO, through ex-Cain/NRA employees now working for the opposition, and that these were all alleged to have happened in this ONE 3 year period, in the LEWINSKY years, when everyone was whining to their employers over NOTHING for a quick $50k…. It just all piles up to a mountain of steaming sh*t.

Brooksy-baby, and the rest of you liberal wh*res?

There’s a DIRECT INVERSE relationship between how much the liberal media slams a candidate and how much we “love” him, so KEEEEEP TALKIN, kids!

WE’RE SMARTER THAN YOU.

AND IT’S KILLING YOU.

When I grow up, can I be NewsBusters?

Everything you need to know about the Herman Cain non-story is here.

Read it if you dare

The Place for Politics?

Does this surprise anyone? Anyone? Herman Cain is the proggie’s worst nightmare… Once again, NewsBusters is on their game. Below is a truncated version of the story, but to read the whole thing & see the video please head over there and support their work!

Despite this, Chris Matthews on the syndicated television show bearing his name this weekend did a ten minute segment about this race without mentioning Cain’s name once…  Not only does Cain have a 20 point lead over Romney and a 26 point lead over Perry, he’s also the only one of the three leading Obama in a head-to-head matchup.Yet not one of these five so-called journalists (on Matthews’ panel) in a ten minute discussion about this race mentioned his name once.

Seems almost impossible unless a decision had been made before the cameras started rolling for this to happen.

Nice job, Chris. You’re one heck of a newsman.

Three NewsBusters headlines in a row that demonstrate how empty the other’s side’s arguments are.  Good God…

Mark Shields on Christie’s Weight: When You Sit in the Bathtub and Water Rises in the Toilet It’s a Problem

Larry King Would Love South Having to Pick Mormon or Black in 2012, Behar Predicts ‘Mass Suicides’

Bill Maher: Rick Perry ‘So Dumb’ Republicans Are ‘Even Considering Voting for a Black Guy’

Hey, Bill, by the way, you trot that happy horsesh*t out again when we see Commander-in-Chief ‘Corpseman‘s’ transcripts and then get back to me, okay cupcake?

NewsBusters has this gem:

O’DONNELL: The Herald says it made a request to send a pool reporter to today’s events. Pool reporters provide information to the rest of the media when there’s limited access at a press event. The Herald said in turning down their request, White House spokesman Matt Lehrich mentioned the Romney op-ed from the last time President Obama was in town. Lehrich’s email to the Herald said in broken English, “I tend to consider the degree to which papers have demonstrated to covering the White House regularly and fairly in determining local pool reporters.” Good luck trying to diagram that sentence. “My point about the op-ed was not that you ran it but that it was the full front page which excluded any coverage of the visit of a sitting President of the United States to Boston. I think that raises a fair question about whether the paper is unbiased in its coverage of the President’s visits.” So, whatever Republicans do they’re racist.

Yup.  That about covers it!

Progressives seem to think the laws of gravity, physics, supply & demand, and every other self-evident law of life won’t apply if you just squeeze your eyes shut and wish it really, really hard. Add a black democrat president immune to any criticism because he’s black & a democrat, and a regulatory czar with a whole bookshelf of publications about the problem of a free society, and learned men like Walter Williams aren’t just marvelous to have around but necessary to save the Republic as we know it. Here’s a fragment from his latest column at NewsBusters. NB & he are both part of my daily rounds and I heartily recommend them to you.

Oil Speculation Is Not the Problem, Government Overregulation of Supply Is

(Excerpt) White House and congressional attacks on oil speculation do not alter the oil market’s fundamental demand-and-supply reality. What would lower the long-term price of oil is for Congress to permit exploration for the estimated billions upon billions of barrels of oil off our Atlantic and Pacific Ocean shores, the Gulf of Mexico and Alaska, not to mention the estimated billions, possibly trillions, of barrels of shale oil in Wyoming, Colorado, Utah and North Dakota.

Some politicians pooh-pooh calls for drilling, saying it would take five or 10 years to recover the oil and won’t solve today’s problems. Nonsense! I guarantee you that if permits were granted to all of our oil sources, we would see a reduction in today’s prices.