I watched all of Eric Holder’s testimony before congress yesterday. (I know.  I know…)

If we are to believe him, we must believe that he did not know that his agents were walking guns across an international border and he literally didn’t get the memo.  We are also to believe that Secretary of State Hillary Clinton, who should have been consulted since it does, in fact, involve another country, was not consulted.  We are to believe Holder when he says he never spoke to her about it, nor to DHS Secretary Napolitano, nor to the President.

We are to believe that if Felipe Calderon called up Obama and said “Hey, Barack, buddy, thanks for the State Dinner, man, but your people walked guns over the border and they’re killing my people,” and given all of this, the only possible reaction the President could have had to the Mexican president would be “Whah?  I don’t know what you’re talking about, hombre.”

Had it not been for Sheryl Atkisson’s singularly spectacular reporting blowing the lid off this unbelievable scandal, Obama, if we are to believe Holder’s testimony, would have been utterly clueless if the phone had rung…  Obama should be white-hot p*ssed off that his A.G. left him so vulnerable!  Quite apart from the awfulness of it on it’s face!

And there’s Holder’s guilty demeanor.  If all of this were true he should be white-hot p*ssed off, too, and heads would be rolling. Instead, not a single person has been fired, and a few of the people directly involved have been promoted.  And Holder is smug, arrogant, and deflective.

Not the demeanor of an innocent man.

Hola, Barack, Felipe here.  Listen, 200 of my people are dead because Holder sent a bunch of guns down here.  What are you gonna do about it?  Whah?  You didn’t know about it?  Barack, that makes you either a liar or too incompetent to hold the office you hold, so which is it amigo?  We’ve got an international crisis here.  You’re sending guns into my country and they’re being used to kill my people.  I could maybe understand you not being outraged about 200 dead Mexicans, but 2 of your own men are dead on your own soil because your stupid gun program put two in their hats.  So which is it, Barack?  Liar?  Or Incompetent? 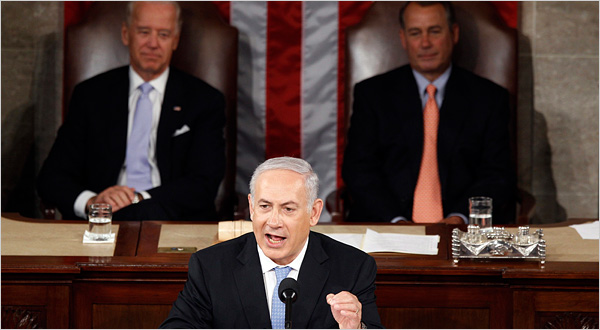 …Simply enforcing the law may mean inflicting pain on families who are just trying to do the right thing by their children… ~ President Obama at the National Hispanic Prayer Breakfast this morning.

Splendid. By that logic, we shouldn’t prosecute any parent for anything. Steal diapers? G’head. Steal formula? Help yourself. Steal an iPad for your kid’s education? Knock yourself out.

It’s for the children.

SCR*W the law, says America’s Commander-in-Chief… Unless you’re caucasian with American citizenship, or someone who actually waited in line and naturalized LEGALLY.

SCREAMING at the TV

Just saw the clip of Bam-Bam down on the border MOCKING those who want (paraphrasing here:) “A bigger fence… a moat. Maybe alligators in the moat. It’ll never be enough.”

You treasonous B*ST*RD! How DARE you MOCK those who desire SIMPLE FRIGGIN’ SOVEREIGNTY for America!