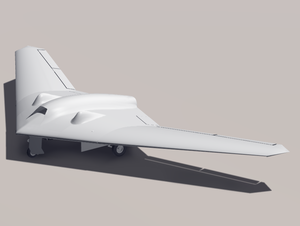 According to Fox News, Iran has one of our unmanned drones and thus, can backwards engineer it.  This is very disquieting.  These people are insane… and damned near nuclear.  If you’ve ever read “One Second After” it’s not hard to feel a chill thinking about how they could load up a drone with a nuke and use it as an EMP over America.

Scares the hell out of me, seriously.

Forgive me for not providing a link to the video clip I am about to describe.  I have other matters that need my attention this morning, but this was important enough for me to throw up a quick post.

Last night I had a rerun of Friday’s FBN’s Freedom Watch on.  The Judge had a major political consultant on.  I wish I could remember his name, but I remember thinking the guy had chops & was sufficiently credentialed to be credible.  In short, he impressed even me, who believes most of these guys are full of sh*t.

He predicted Herman Cain would be the nominee.  He did this based a few smart criteria, but also on what I have been feeling my gut all along, and he cited it.  Remarkably, it’s the very same gut-check criteria I heard an old Marine express to Bill Bennet on his radio show this morning: Herman’s a guy you can follow into battle.

Why?  Because you know he won’t put you in harm’s way unless it’s real, and serious.  This old Marine even mentioned his son, a young Marine, specifically, as an example of the precious cargo he would entrust to a Commander-in-Chief Herman!  Got that? Worthy of the title of Commander-in-Chief. Think about what that means coming from an old Marine and father of a current Marine!

This, unlike the Poseur Commander-in-Chief Bam-Bam, who is bringing the troops home for Christmas as a political choice, not a military choice – because it sounds good, like a Hallmark card - even though the Generals on the ground are screaming that it’s lethal – the middle of the fighting season and with every troop gone, the troops remaining are grievously imperiled – “Who are you going to ask to be the last man to leave” to quote the perfumed gigilo the Democrats almost elected in 2004.

Remember the great scene in Jaws, when Quint is describing floating in the Pacific after delivering “the bomb, the Hiroshima bomb”?  He said the scariest part wasn’t the event that threw him in the water, or even the hours he spent treading water watching his buddies get eaten alive by the circling sharks.

He made a point to say that the scariest part was the last few minutes, when the rescue ship was there, waiting for his turn.

That’s what Barack Obama is doing these poor guys in Iraq & Afghanistan by “rescuing” them while the sharks are circling in the middle of the fighting season.

So, while this political consultant’s prediction was made prior to Saturday night’s Commander-in-Chief debate, I doubt there was anything that happened there that would have changed his mind, for a reason I’ve stated before:

There’s nothing Herman lacks as a man of deep, abiding principles, that he can’t learn from a briefing book, versus Obama, for whom there aren’t enough briefing books in the world…

If it weren’t so sad, it would be funny.

MSNBC’s Morning Joe opened this morning taking broad swipes at the GOP field for being foreign-policy-feckless, and furthering their point by insisting that we must have sound foreign policy judgement in the next President – like Obama’s…

In a 2002 Chicago speech – organized, by the way, by his radical friends Marilyn Katz, Bernadine Dohrn, & Bill Ayers – Obama called Iraq the ‘dumb’ war and Afghanistan the ‘good’ war.  Bam-Bam’s been dining out on that speech as the shining jewel of his FP chops ever since.  Over the weekend we learn, that this GENIUS-of-Foreign-Policy-Judgement has led us to the following:

1. IRAQ: OBAMA’s cynically political decision to have the Iraqi troops 100% home for Christmas will likely result in the worst kind of back-sliding, VERY likely redounding to the benefit of IRAN.  Even lefty analyists say so.  Result?  Yet another enemy of Israel emboldened THANKS TO OBAMA.

2. AFGHANISTAN: Hamid Karzai just told the world that Afghanistan will choose Pakistan as their ally AGAINST the United States should there be a need to pick sides.  Doesn’t matter, frankly, why or when we have to pick sides.  The guy we spent 10 years trying to help in the war Obama APPROVED of, HATES US – LETHALLY.  Not just diplomatic hate.  Take up arms and KILL YOU hate.

So! Obama was 180 degrees WRONG about BOTH of the big ticket wars we have on the ground he’s been PREENING he’s been so RIGHT about since 2002.

There’s nothing Herman Cain lacks in judgement, as a man, as a leader, to make SOUND Foreign Policy judgement that he can’t learn in a briefing book.

Obama’s problem is EXACTLY the OPPOSITE:  There aren’t enough briefing books in the world to help him – he’s too arrogant, too prison-bound in his ideology.

And do we even need to pick the scab of how he’s directly treated England?  Or Israel? When you consider that England & Israel have traditionally been America’s strongest and most important allies, and the unutterably shabby way he has treated them – IT’S LAUGHABLE that Obama’s FP judgement is admirable.

Laughable… Until you cry.